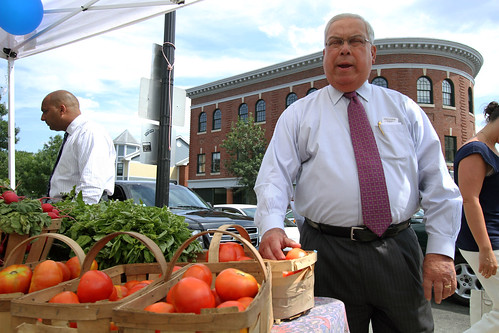 In 2007, Boston’s Mayor Thomas Menino set a goal to reduce the area’s greenhouse gas emissions by seven percent over the following five years. Last year, it was announced that Boston was actually able to exceed that goal by two percentage points. From the installation of LED traffic lights to replacing 70 vehicles in the municipal fleet with electric-powered models, the city of Boston is clearly making a conscious effort to protect the earth. Keep reading to learn more about a few ways you can embrace a green way of life while you’re a Bostonian.

This 27-acre space is the only organically-maintained public park in Boston, and it joins just a few others that boast that characteristic in the entire country. Since no pesticides are used there, you can feel good about letting kids and dogs play (Just make sure to keep your canine on a leash!). Keep your eyes peeled for park maintenance vehicles, too. Many are powered by electricity. 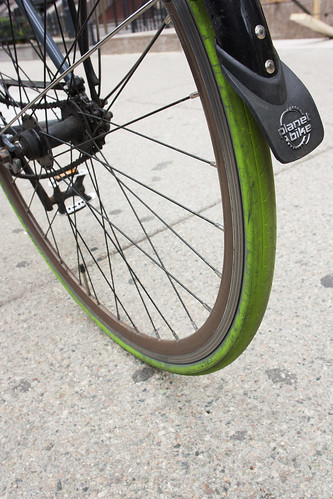 Getting around Boston by bicycle is a great way to introduce yourself to new sites and get an alternative perspective of places that have become familiar. Stick to earth-conscious beliefs by renting gear from a company called Urban Adventours. The staff members truly practice the green lifestyle they preach because they’ve all pledged to get around solely without relying on motor vehicles. If you’d prefer they bring a bike to you prior to a tour, it’ll arrive in a van that runs on biodiesel. Tours are available for people of all ability levels, as well.

Participate in the Recycling Program

Boston is one of many cities around the country that participate in curbside, single-stream recycling. Just request a large wheeled recycling cart from the Department of Public Works website. They’re available to any household with six or fewer inhabitants and because you no longer have to separate recyclables by material, embracing greener habits on a daily basis couldn’t be easier!

Get a Haircut at Roffi Salon and Day Spa

Located on Newbury Street, this hair cuttery was Boston’s first eco-friendly salon. Some of the initiatives staff members have taken include relying on 100% green energy usage courtesy of a wind farm, creating a comprehensive recycling plan for standard materials plus hair coloring supplies and making an effort to replace regular light bulbs with energy efficient varieties. You can even sip on fair trade coffee as you wait for your turn in a salon chair.

Head to the SoWa Open Market

The “Buy Fresh, Buy Local” movement has taken off in cities around the country, and Boston is not an exception to the rule. Enjoy the freedom to choose produce and other items from area merchants by stopping at the SoWa Open Market. Every Sunday from the beginning of May through the end of October, you can browse for wares that originated all over New England. The market is open from 10-4, including holidays. By shopping close to home for some of the things you buy anyway, you can save on the cost of gas and also support the farmers and crafts persons who’ve fostered their livelihoods by selling at the SoWa Market and elsewhere.

It’s easier than you might think to give back to Mother Earth as you adjust to life in Boston. Get started by trying some of the ideas on this list and see how fun and rewarding a green lifestyle can be.